Brianne and Grant exchanged vows and wedding bands in a cute grassy area behind her parent’s house. The lush grass and the beautiful large tree made for the perfect backdrop for their intimate wedding. With no one else than both their parents and their two dogs attending, the ceremony was short and sweet. Talking about their two dogs – just look at their bandanas and fancy attire! The dogs were lucky enough to be named “Best Dog” and “Dog of Honor”. Alsooooo, just before Brianne made her way down the “aisle”, their doggo decided it was the best time to leave a little present on the grass right in front of the groom! 😅💩 Hilarious!

After the ceremony, we all headed out to the John Janzen Nature Centre for some portraits. What a beautiful area!

“Amazing to work with and made us feel super at ease (especially since we’re both awkward in front of a camera). Pictures look fantastic!” -Brianne and Grant 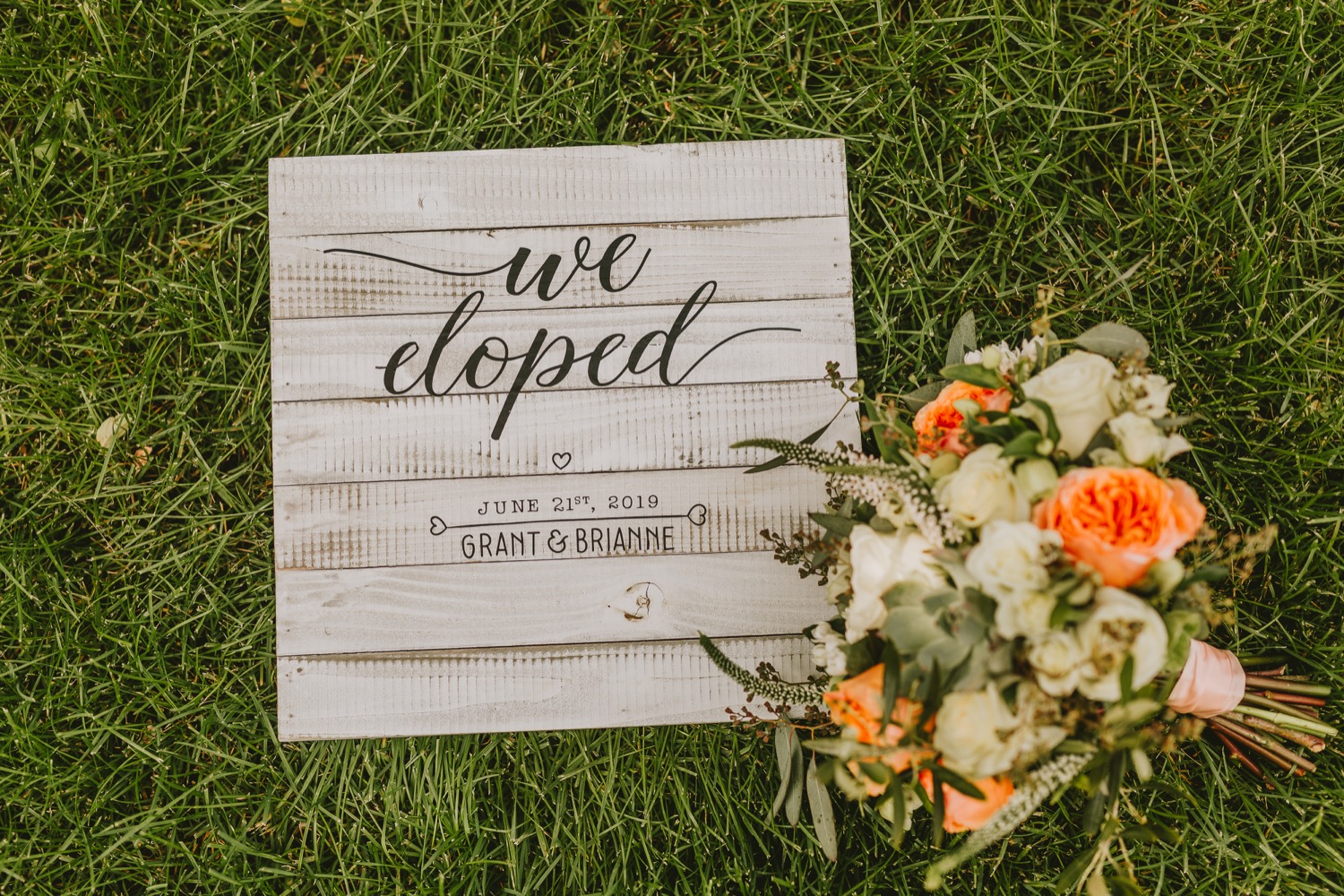